Back when I was 5 years old, Michael Jackson was BIG news. Both my older sister and I were obsessed with him and his music. This was helped along by our Mum’s love for him ever since he was in The Jackson 5 (more on that later). I’d say that arguably, the 80’s were MJ’s biggest decade. He was HUGE. The King of Pop. He still is in my opinion!

In September of 1988, Michael came to Liverpool to play a gig at the world famous Aintree Racecourse. (Sidenote: As IF it was only £16.50 to go!)

Naturally, tickets were like gold-dust and I was also a bit on the young side, so we didn’t go (sobs). However, we could actually HEAR the gig from our own back garden – awesome!! It was a Sunday night and my sister and I had school the next morning. However, we begged our folks to let us stay up to listen to it.

This is probably one of my earliest childhood memories, but I remember the both of us in our pjs and dressing gowns, attempting to moonwalk across the grass in our slippers – all the while hearing Michael Jackson belting out his biggest hits live. It was absolutely brilliant!

• My first ever concert

As mentioned above, MJ was not my first ever concert. That honour goes to the one and only Take That! 28th November 1993 was my very first gig and it just so happened to be TT. Still a five piece then, in the good old Manchester G-Mex. I was 10 years old and my Mum took me, my sister and my sister’s friend along. 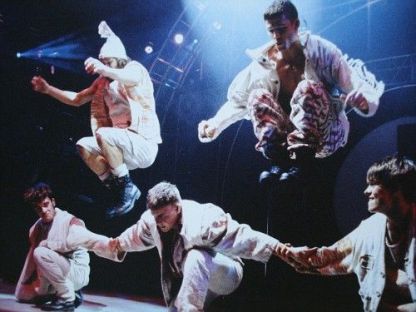 At this point, I’d loved the band for around two years, so I was beside myself to finally be seeing them in the flesh. Not gonna lie here, even now I’m still the ultimate fangirl when it comes to Take That. Five piece, four piece, three piece – I don’t care. Their comeback was the equivalent of 20 Christmases rolled into one for me. I’ve now seen them live a grand total of 34 times (including 3 times in their first incarnation in the 90’s).

This concert back in ’93 was amazing. Take That were at the height of their 90’s fame back then, scoring number 1’s left, right and centre. I danced the little legs off myself and was so amazed at actually seeing them in the flesh. The volume of the screaming from the crowd was ear-piercing and the show was phenomenal. A very expensive hobby was born!

Family holidays for us was always Tenby in South Wales. Almost every year without fail we’d spend a week there. My folks love the place and went a few times before they had me and my sisters. I’ve not managed to go back there since 2004 but this little pocket of Pembrokeshire will always hold a special place in my heart. It’s a beautiful part of Wales and I’d definitely recommend a visit if you’ve yet to venture there.

One of my most vivid memories from our holidays there is days spent on the beach. Obviously we’d have our buckets and spades but that wasn’t good enough for my Dad, oh no. He took it to the next level. Sandcastles were not his thing.

Instead, my Dad used to fashion cars and boats out of sand for my siblings and I to play in. They were always quite grand structures, with lots of detail on them and would ensure that we were the envy of the other kids on the beach. Occasionally, one or two of them would tentatively wander over for a “look” which resulted in making new friends for the afternoon.

(Note: The above photo is taken from Pinterest but gives some idea as to what my Dad’s creations were like).

• Chips at home in newspaper

This is just a little thing but I always remember it – cast your minds back to when chippy’s used to serve their wares in old newspapers. Some of you may be too young to remember this but it was definitely a thing!

Eventually this was phased out and I missed it, so my Mum and Dad went through a phase of making us homemade chips and serving them to us in newspaper (we did have plates, honestly!) There was just something about them being in the newspaper that made the chips seems more authentic and tasty!

• My Mum and Motown

My mum loves to clean. My mum also loves Motown music. These two worlds always met round at our house, every few days it seemed.

Whether she was hoovering, dusting, ironing, mopping – you name it, my Mum’s cleaning soundtrack was always the best from the Motown powerhouse. And I think it must have rubbed off on me. The music that is, not the cleaning 😂😂

Motown and soul are some of my favourite genres and I just think the music is timeless. My Mum was obsessed with Michael Jackson and The Jackson 5 when she was younger and their back catalogue speaks for itself.

But let’s not forget other giants such as Diana Ross and The Supremes, Marvin Gaye, Stevie Wonder, Smokey Robinson, The Temptations, Lionel Richie/The Commodores, Gladys Knight, Frankie Valli and The Four Seasons, Boyz II Men – the list is endless. 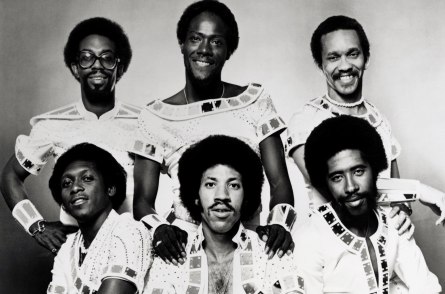 My Mum and I actually saw Lionel Richie live around 4 years ago and it was one of the best concerts I’ve ever been to!

To round off, I recall getting a pogo stick for my 9th birthday – they’d made a big comeback and I had to have one. As it turned out, I was pretty damn good on it if I do say so myself. I lived in a cul-de-sac and quite a few of the other kids there also had pogo sticks, which naturally meant a competition. It was time to decide who could pogo for the longest without falling off. With over 300 consecutive jumps, I was the champion!

What are your favourite memories from your chidhood? Share them in the comments! 😁😁

View all posts by Miss Blogs-A-Bit

33 thoughts on “My Favourite Childhood Memories”